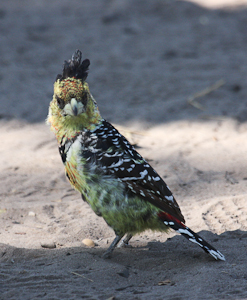 Moremi served up more species that were new to me and non stop passing parade of creatures now familiar but just as exciting. The Saddle-billed stork never ceased to impress. Red-billed Francolin, Kori Bustard, Crested Barbet, Green Wood-Hoopoe just some of the birds observed. Lions were not always ambivalent to our attentions! 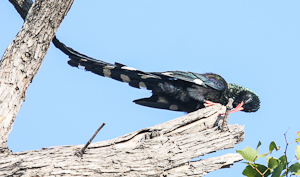 Stephen has been an active environmentalist working in, field work, public speaking and lobbying at all levels of government. He has spoken at school and community gatherings as well as on radio. His comments on environmental issues have appeared in newspapers and newsletters. His work has attracted a number awards, which include Wildlife Art Society of Australasia & Best Flora or Fauna-Moomba Art Show. His passion shows in his works which are in demand for galleries and as private commissions. Training: Watercolour: ‘The Botanical Art School of Melbourne’ under the internationally acclaimed Jenny Crompton (Phillips) Oil: with the gifted wildlife artist Krystii Melaine. Drawing and field sketching: with Steve Morvell He takes classes and travelled to Mitchell School of Arts to take wildlife art workshops. And the Murrumbidgee School of Creative Arts in Wagga Wagga. McGregor School Uni Southern Queensland Toowoomba. Grafton to be added in 2011.
View all posts by Stephen Powell →
This entry was posted in Birds, Chobe, Moremi Game Reserve:, Photographer, Wildlife. Bookmark the permalink.